Supermoon Moonrise over Galway Bay and the Burren 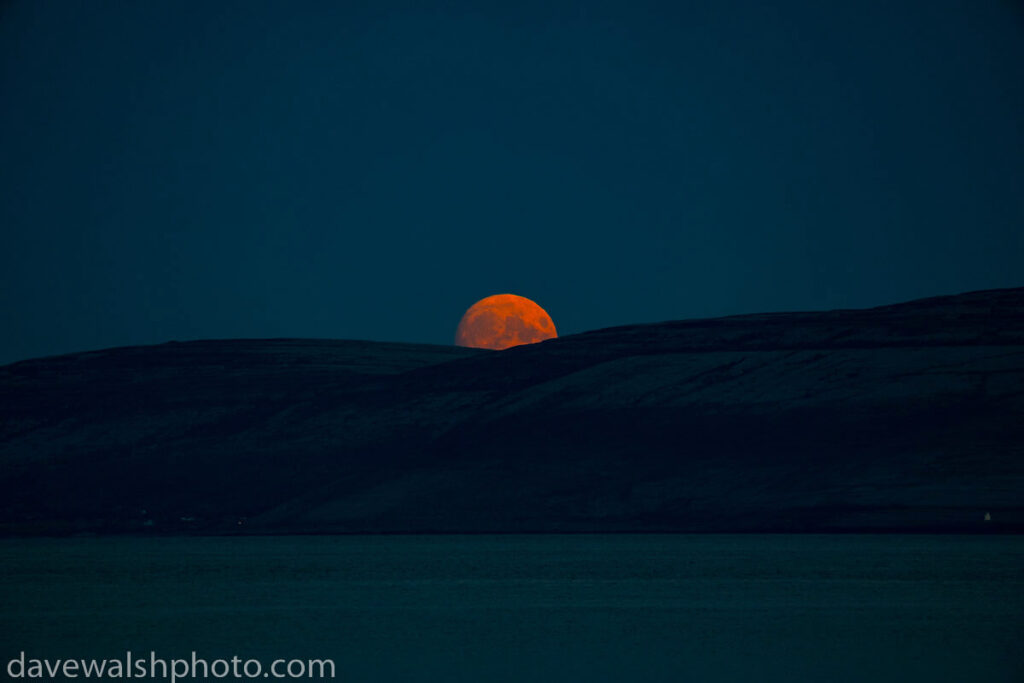 The harvest supermoon rising over the Burren, Co Clare, and Galway Bay Ireland. Images made a month ago by lucky chance. We hadn’t paid attention to when moonrise was, but had walked down to the shore for the last of the sun’s rays on our first night in Connemara. As the light faded, a strange pale dome reared up above the ancient limestone hills of the Burren, above Black Head. As it rose, the moon it turned yellow, then a deep orange. And as it kissed the mountains goodbye, and day became night its shimmering reflection appear on the bay’s calm waters of the bay.

Read More »Supermoon Moonrise over Galway Bay and the Burren

Images from a month or so ago – Gravel cycling in the Western Algarve, Portugal – round trip from Portugal’s south coast, the west, and back again, passing through the Parque Natural do Sudoeste Alentejano e Costa Vicentina  (Southwest Alentejo and Vicentine Coast Natural Park) in the Algarve, Portugal. The beach is  Praia de Barriga. 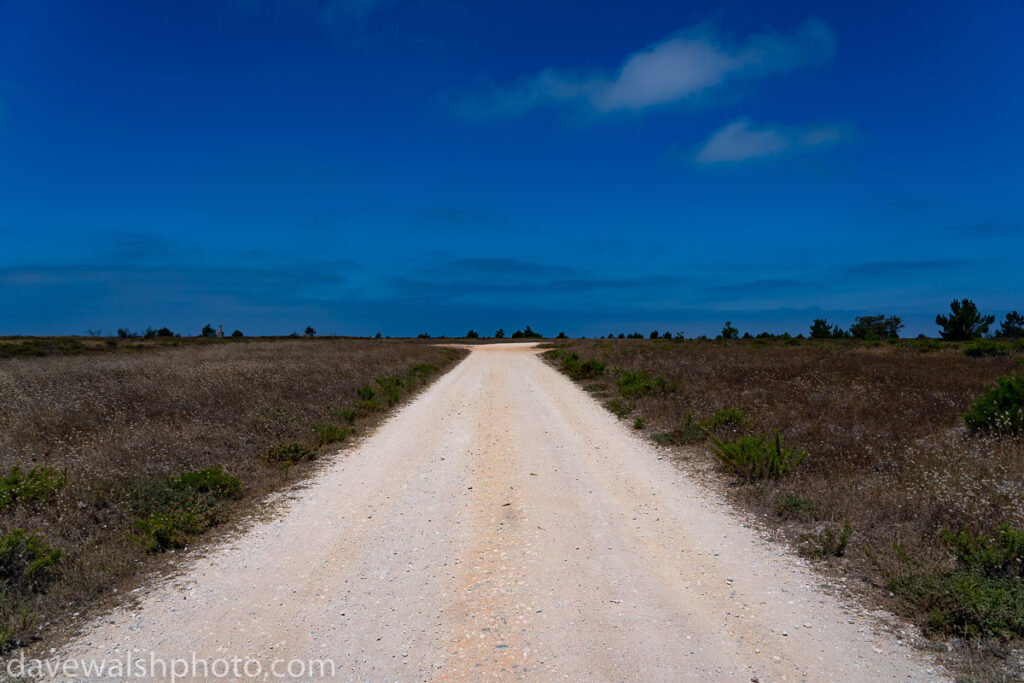 At the River’s Edge 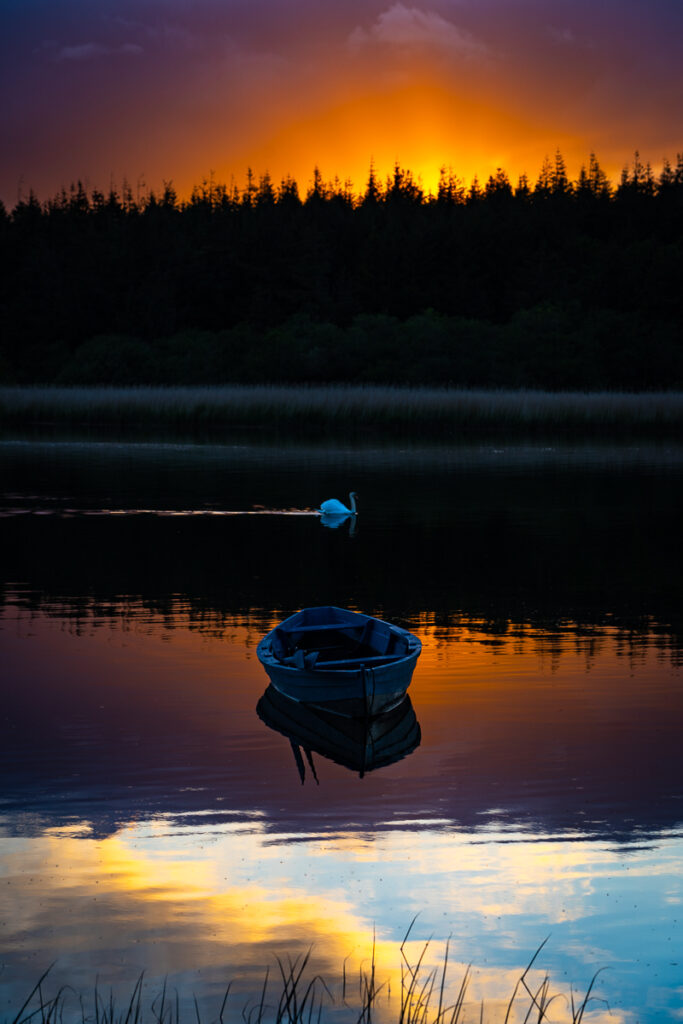 Sunset on River Slaney, Wexford: A solitary mute swan, leaving a shimmering wake as it sails into the night. © Dave Walsh 2022.

At the river’s edge. After a May afternoon of tempestuous squalls, the sun sets, leaving a blaze behind the forest. The wind was gone, and a lone river cot swung idly on its mooring line, surrounded by the reflected fire. There’s a peculiar form of silence that envelopes the river after sunset. Most birds have gone quiet, except for mallards laughing raucously in the distance.

When the wind blows on the river, the surface of the water stretches thin. Now, with the wind gone, it turns viscous and languid. Nervous water striders zig-zag across the water’s tight skin, mindful of the trout that every twenty or thirty seconds, leap from the water into the air, in search of supper.

Read More »At the River’s Edge

Between Dawn and Sunrise 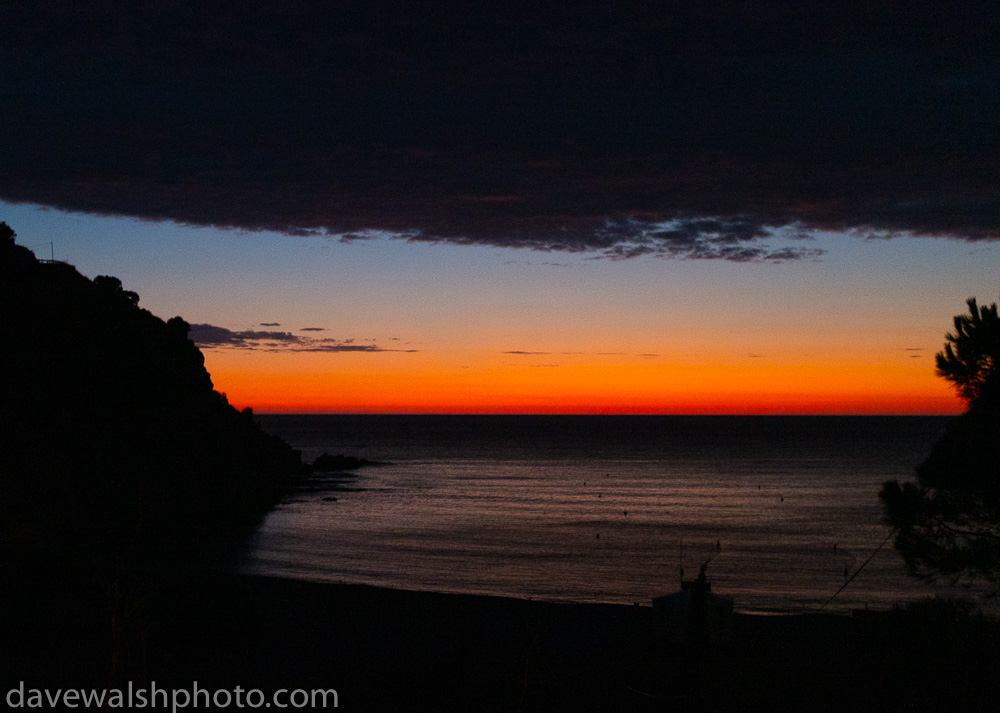 Gravel ride between dawn and sunrise, between the sea and the sky,  where the Pyrenees touch the Mediterranean on the Côte Vermeille, France, in sight of Catalonia.

Read More »Between Dawn and Sunrise 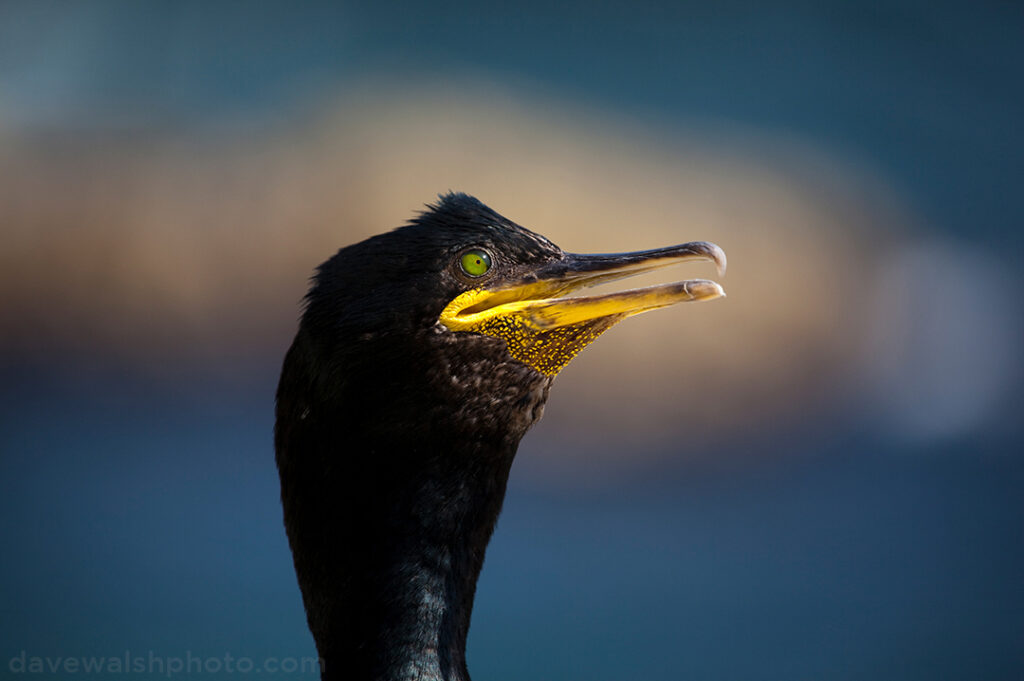 European shag, or black cormorant, Saltee Islands, off the coast of Co. Wexford, Ireland. This belligerent looking shag was not happy about me climbing down the difficult path to the nearby gannet colony, and made a great show of hissing and expressing its distaste for humans.

In late 2020, I started pulling together a series of bird portraits, images made all over the world, over a long period of time. I believe the beauty, diversity and strangeness of birds is often overlooked, so I wanted to share that with my followers on my Instagram account.
Read More »15 Bird Portraits 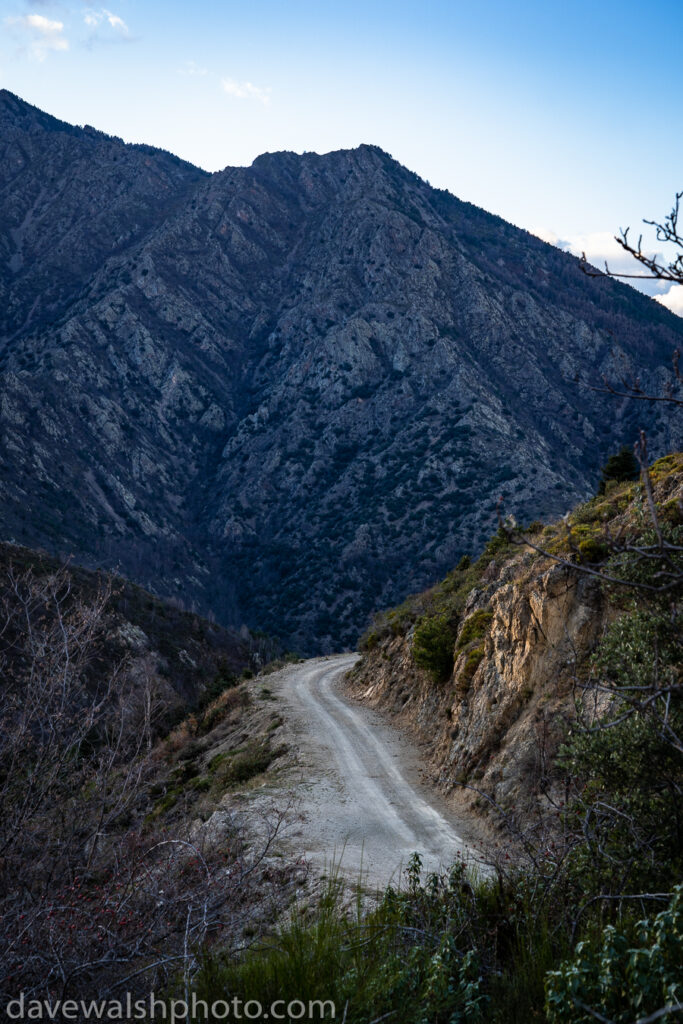 This is an image I made at the end of 2020 in the Pyrenees, France. I think of this as one of my “cycling photographs” – I wasn’t on my bike when I made this, but I had ridden up this climb earlier in the year, and it’s pretty epic. The image works for me as there’s a convergence of angles, with a curve allowing the road to slip away, unseen. 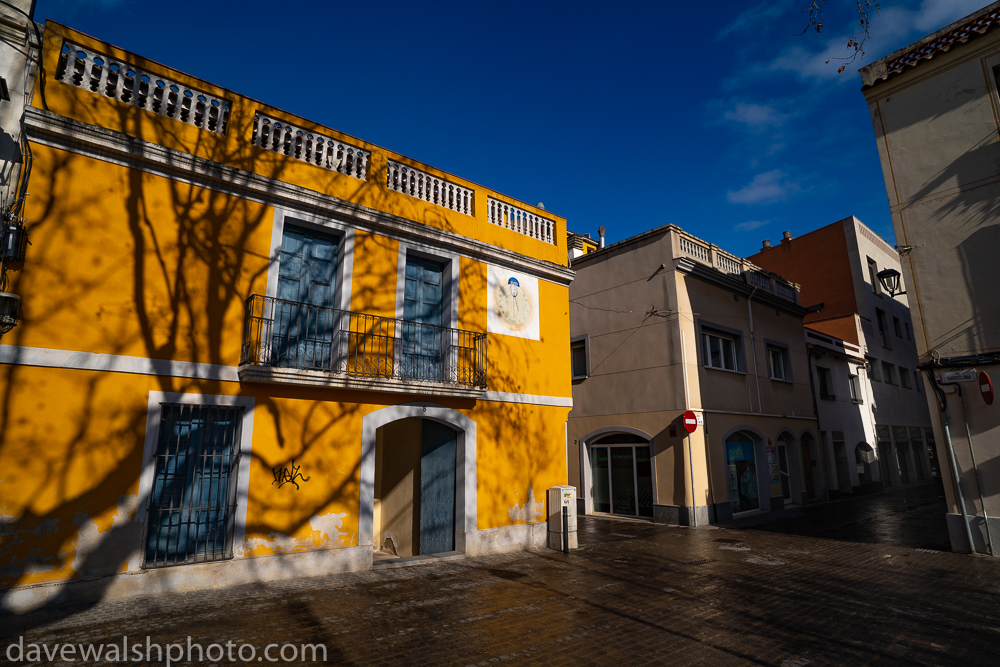 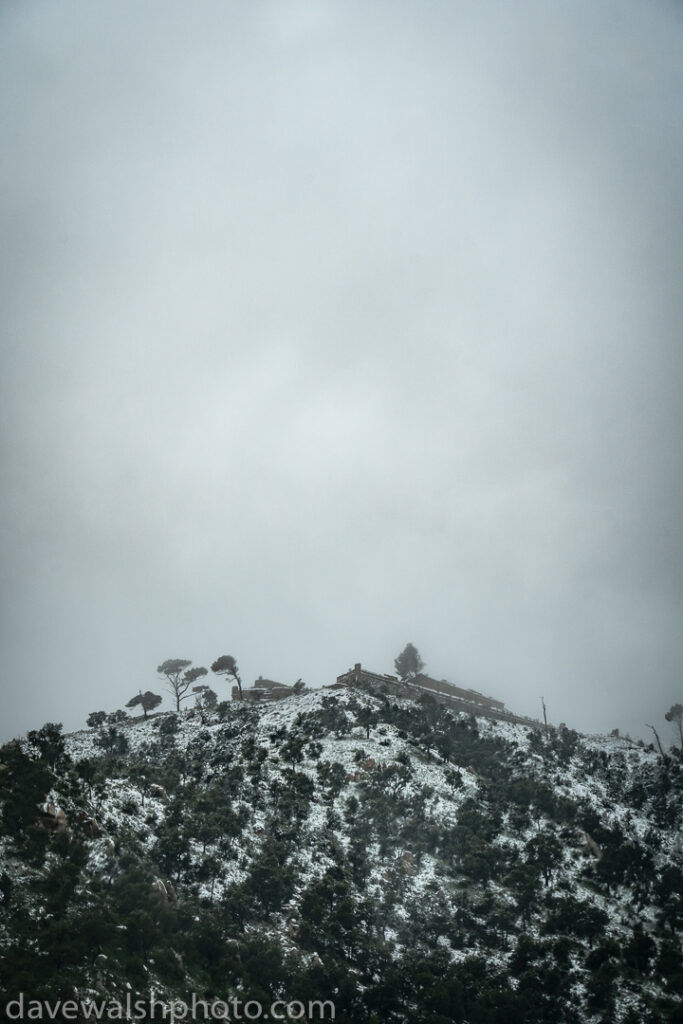 The 17th century Vauban-improved Castell de Bellaguardia or Fort de Bellegarde at La Perthus, on the Mediterranean border through the Pyrenees, between France and Spain.
On the AP7/E15 Motorway between Spain and France, January 2021

Ocean Avengers – the Power of Collaboration and Activism 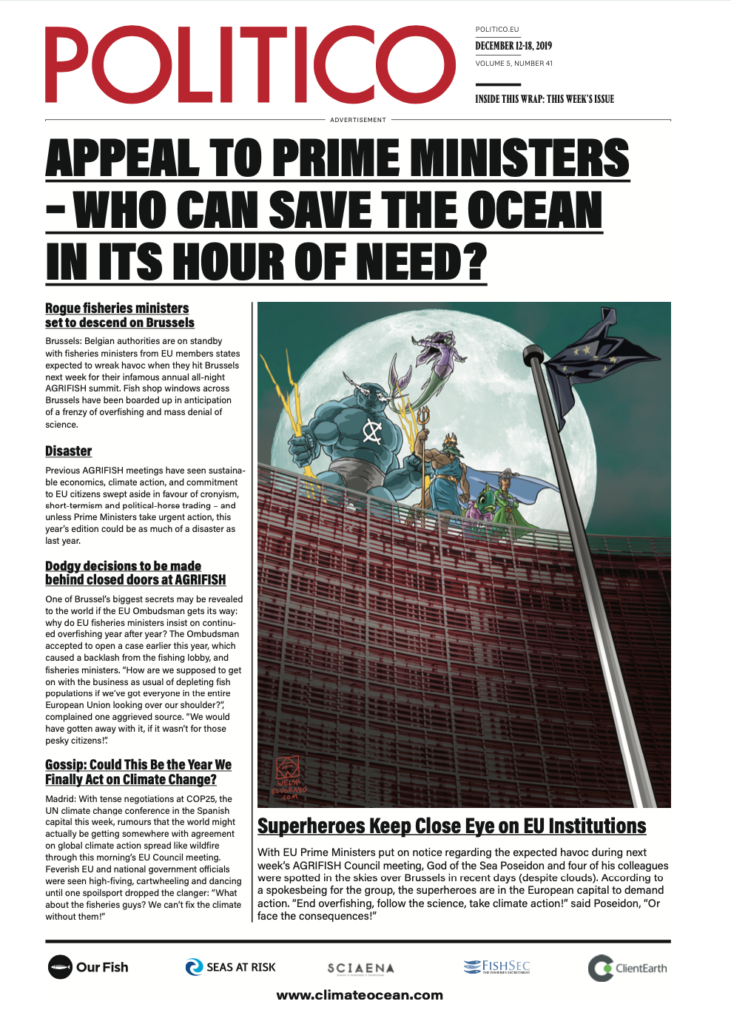 Read More »Ocean Avengers – the Power of Collaboration and Activism

The Challenge of Photographing Trees and Forests 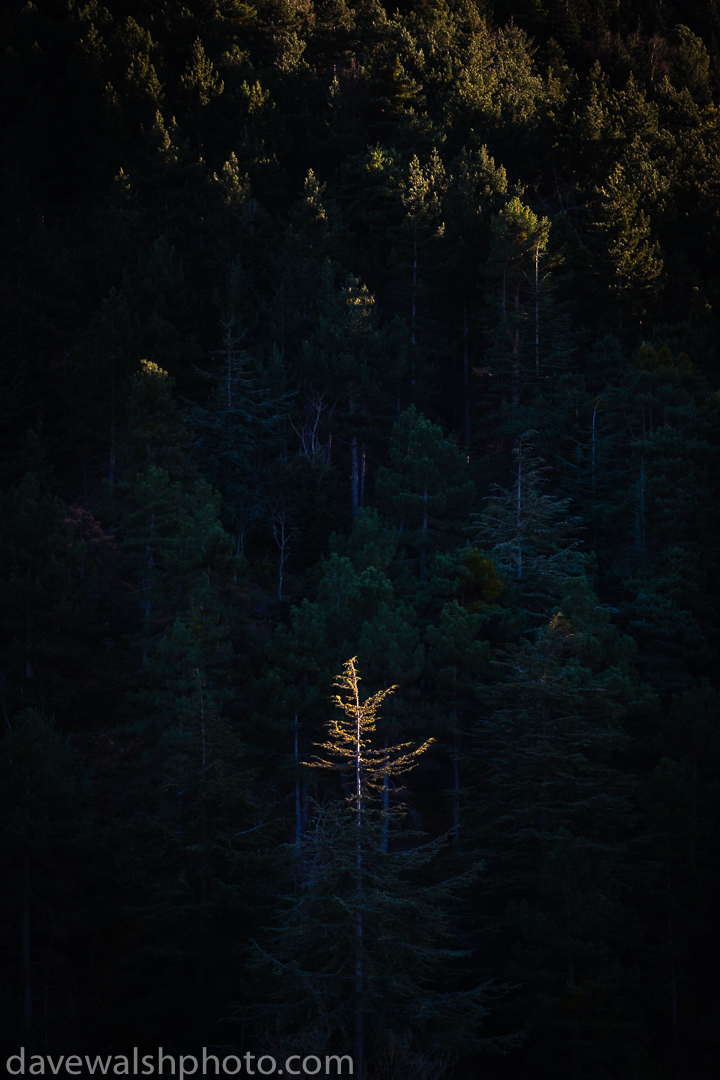 Photographing trees and forests – I always find this difficult. How to make any sense of the beautiful organic chaos without just re-creating something in a dull, or cliched way? How to express the feeling of being out in the woods to someone who doesn’t know the place you’ve been?

Read More »The Challenge of Photographing Trees and Forests 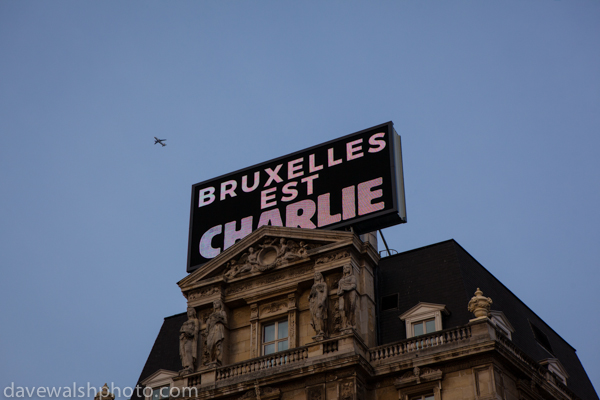 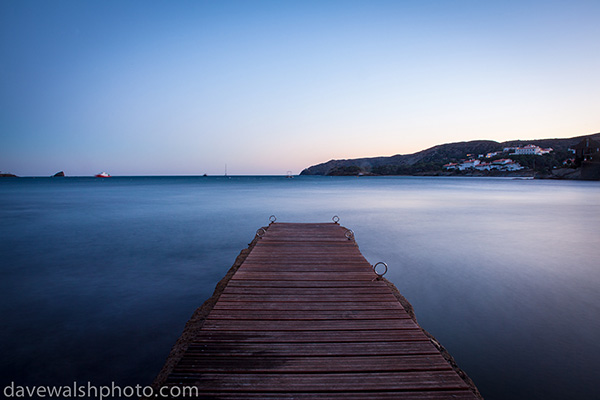 Happy New Year! Here’s a photo I made in Cadaqués, Catalonia, earlier this week. I hope your path in 2015 leads you to exciting places and fruitful experiences! 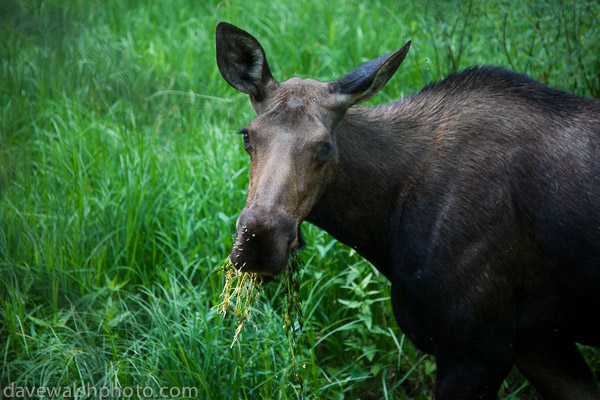 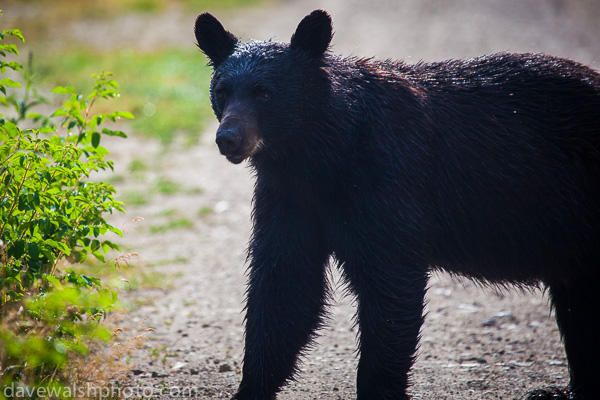 A Micronation Once Again: The Saltee Islands, Wexford 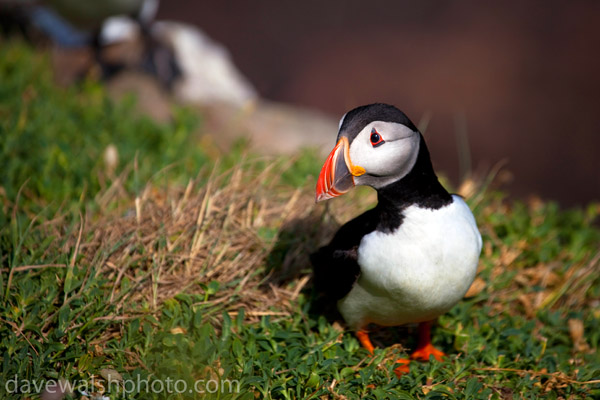 Off the coast of southeast Ireland lie the two small Saltee Islands. Their simple, low-slung landscapes, four or five kilometres of the Wexford fishing village of Kilmore Quay belie their layers of history, folklore and bizarre stories. On approach, there are few warnings of the extent of the islands’ abundant wildlife, but more than 220 species of birds live, nest, or migrate through the Saltees, including gannets, fulmars, kittiwakes, puffins, shearwaters, razorbills and guillemots, all completely unfussed by human visitors. Curious grey seals eat fish scraps from the hands of fishermen, and stalk daytrippers who walk the cliffs – their big doe eyes staring up plaintively from the azure waters below.

Nothing is ordinary here. So I didn’t write anything ordinary.

Read More »A Micronation Once Again: The Saltee Islands, Wexford

The Cold Edge: The Book 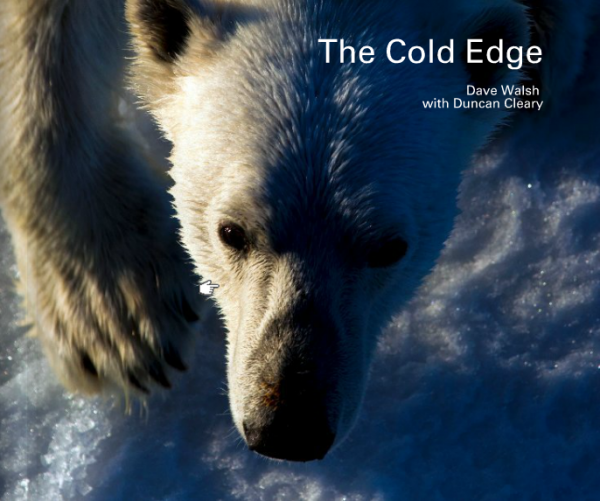 To celebrate the launch of the Cold Edge exhibition of my polar photography in Dublin, on September 13, I’ve created a beautiful 60-page eponymous book, The Cold Edge, via Blurb – print and iPad version. I’ve brought together some of what I hope are ethereal, emotional photographs of the unforgiving wilderness, wild animals and blue icebergs question our romantic relationship with remote, harsh and pristine environments. Images that resonate with a quiet tension; all may not be right in the Garden of Eden.
Read More »The Cold Edge: The Book 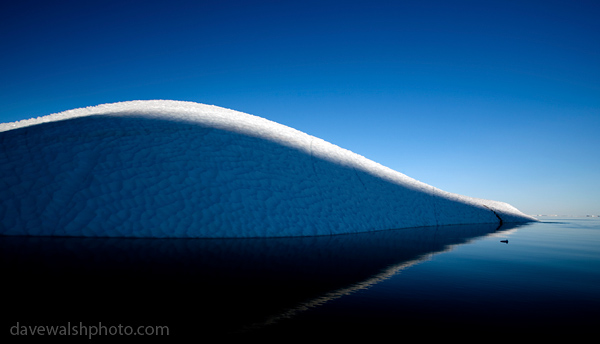 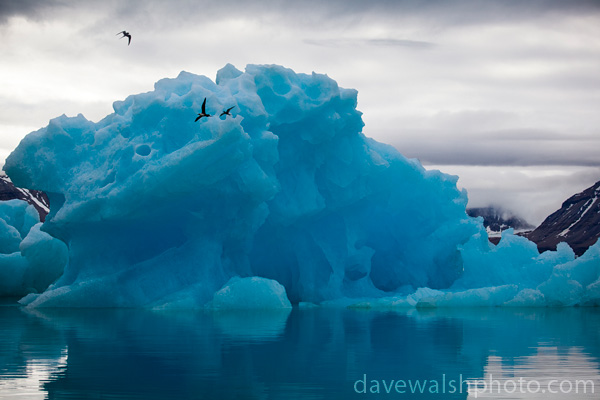 Two Arctic Terns fight off a Long Tailed Skua by a blue iceberg in Kongsfjord, near the Arctic scientific research base of Ny-Alesund, Svalbard. Another picture that’s evaded discovery for over a year – I love how the battle between the birds lends scale to the improbable blue of the iceberg. You can view more of my iceberg images here » 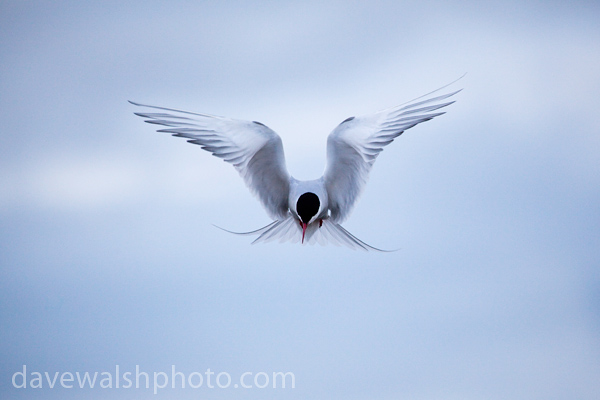 Arctic Tern, sterna paradisea, hovering near the dog yard Ny Alesund, Svalbard. Arctic terns migrate more than any other species bird – up to 35,000km per year for some birds, as the travel to Antarctica and back, and can enjoy two polar summers. The terns nest in the tundra in the scientific research centre of Ny Alesund, where they lay eggs, and tend to attack passersby in self-defence.
Read More »Arctic Tern, Angelic 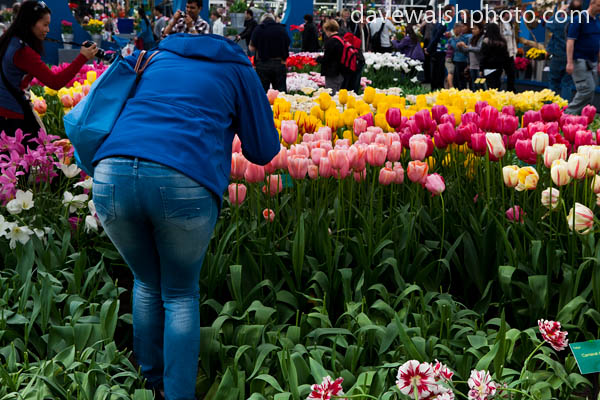 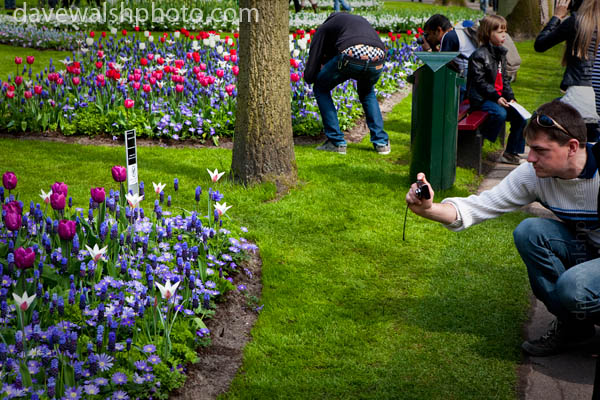