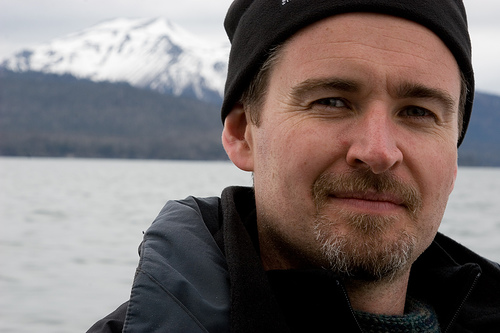 I am a photographer, writer and environmental campaigner from Ireland, living in Barcelona who creates images questioning humanity’s relationship with planet Earth, and our profligate use of energy and resources.

I grew up with a strong connection to the natural environment; the turning of the seasons, or knowing what time was high tide on the River Slaney. Out fishing in a boat on the river with my dog or riding my bike around quiet backroads. These experiences fueled a passionate interest in human interactions with the Earth. I’ve travelled the world, and sailed on Greenpeace expeditions to the Arctic and Antarctic, where I’ve seen both the auroras borealis and australis. crossed the equator twice by ocean, been up close with polar bears, humpback whales and tasmanian devils, camped under the Arctic winter moon and sweated on the northern hemisphere’s largest glacier under the 3am Arctic sun.

But I don’t live in some glittery paradise – I like chaotic cities with a sense of humour, like Dublin and Barcelona.
Back in this so-called ‘civilization’, I photograph the dirty magic of daily street life, urban wildlife, the rubbish on the streets, the insane traffic. This for me, is the behaviour of the most powerful animal on the planet. Humans sitting steadfast in their cars, in rush-hour traffic – this is as interesting to me, as the migration patterns of birds, or the melting of Arctic sea ice.

As well as photography, I also work in the area of ocean conservation, currently acting as Communications Advisor to the Clean Arctic Alliance, and Our Fish campaigns.

Exhibitions
In September-October 2012, a solo exhibition of my polar photography, The Cold Edge, took place in Dublin, Ireland.

Check out this feature on my polar photography in The Guardian.

My photographs have been used by The New York Times, National Geographic, GEO (France), The Guardian, NPR, High Country News, Discovery News, The Irish Times, Inside Climate, New Statesman, The Sunday Times (UK), The Financial Times, The Straits Times (Singapore) Nature, the HBO comedy series Flight of the Conchords, Greenpeace International, New Scientist, The Smithsonian, Sierra magazine, BBC Wildlife magazine, the Irish Labour party, British Airways, I Count – Stop Climate Chaos, the UK’s National Theatre, Conde Naste Traveller, Forbes, Fortean Times and many others, including book publishers. Many of Dave’s images have appeared on book covers. I have also written for several newspapers and magazines, including The Irish Times and Mare magazine (Germany), and is the author of three books, Haunted Dublin, A Load of Blather, and The Cold Edge, a book of polar photography.

Representation:
The Copper House Gallery, Dublin represent my prints, and Millennium Images, represent the licencing of many of my photographs, along with VW Pics/Redux Pictures