In November 2020, I received an email from a lady in Michigan, in the United States. She’d just had a new baby, named Sage, and she wanted to find a photograph of sagebrush in the bedroom of the new family member’s bedroom.

She was interested in this photograph that I made early very one morning – sunrise on the Blacktail Deer Plateau, in Yellowstone National Park, Wyoming.

So I set to work – the digital file went first from Barcelona to Dublin, to Jim Butler at Inspirational Arts who created a stunning giclée print on Hahnemühle #fineartphotography paper. Jim shipped the photo… and then nothing… for a couple of weeks the print was in limbo, with An Post saying it had left Dublin, but no record of it actually have touched down in the US. Was it hanging around over the Atlantic? 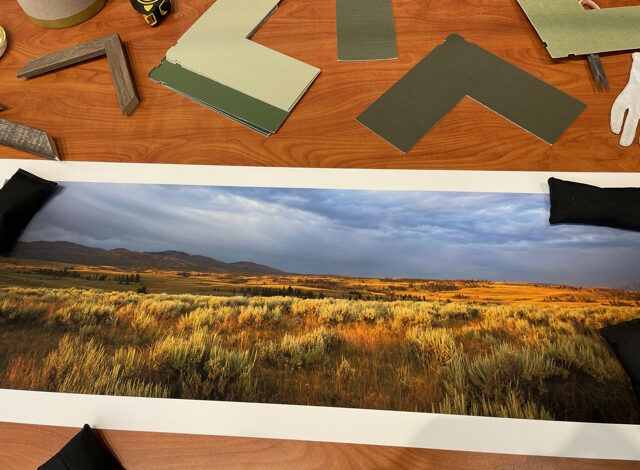 I finally tracked it down, awaiting processing in JFK, and it finally arrived in Michigan. My client has shared photos of at the image at the framers, and now, on the wall of Sage’s bedroom! 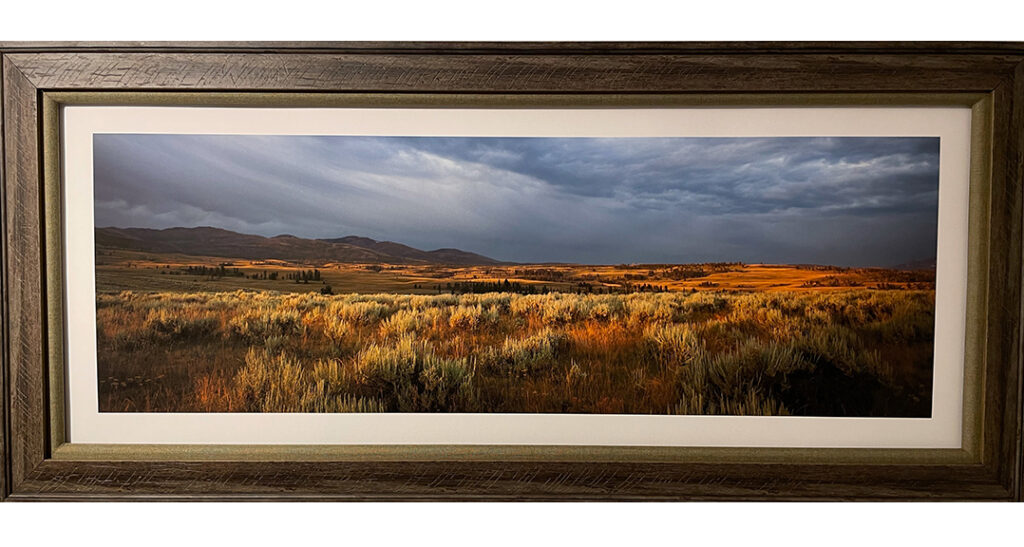