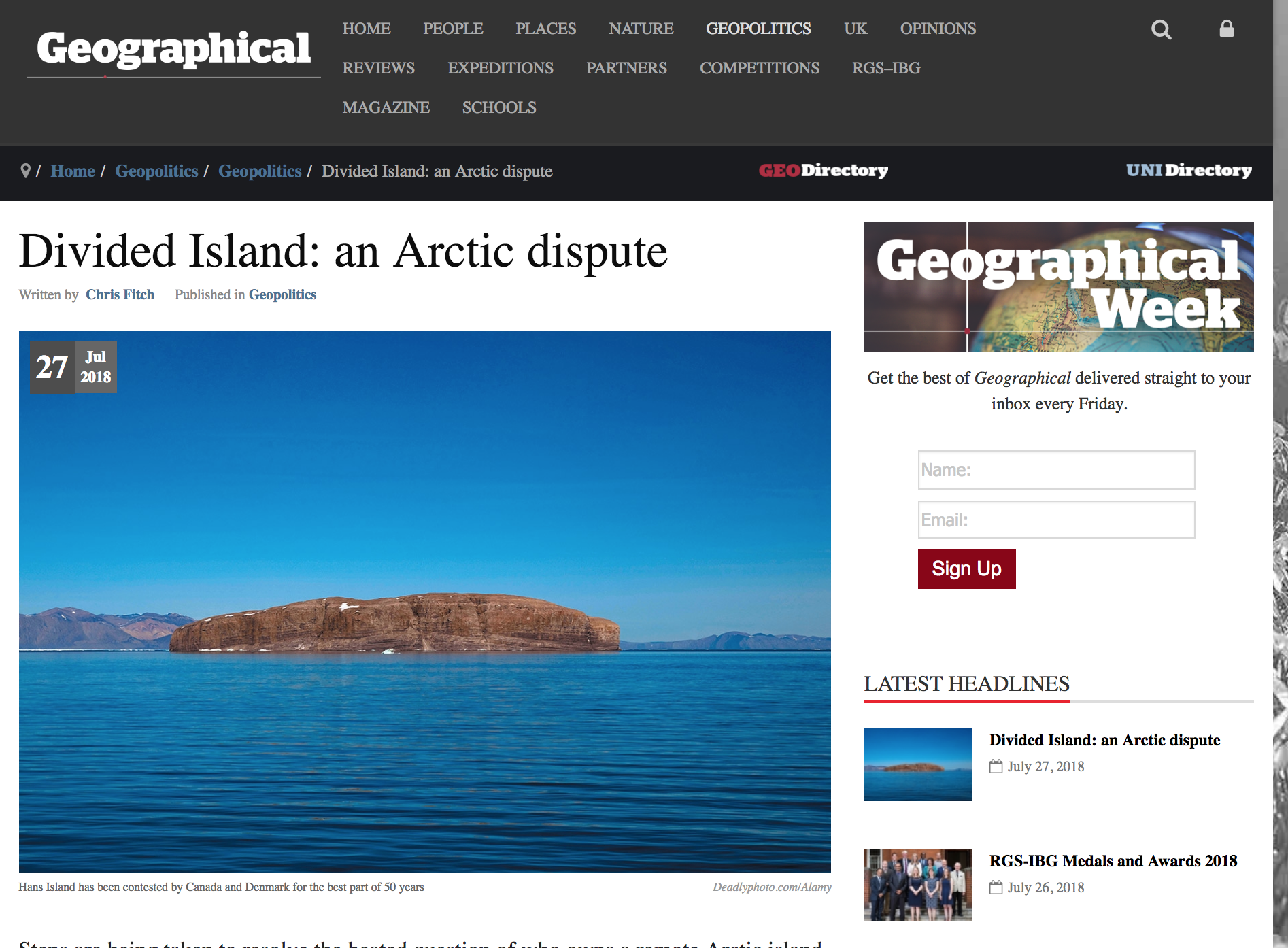 One of my photographs of Hans Island, an uninhabited dome of rock between Greenland and Ellesmere Island was published recently in UK magazine Geographical.

Steps are being taken to resolve the heated question of who owns a remote Arctic island claimed by both Canada and Denmark
Far up in the high Arctic, a thin channel – only 26km across at the narrowest point – divides Canada’s Ellesmere Island from the semi-autonomous island of Greenland. This is the Kennedy Channel, which serves as the border between Canada and Denmark.

In recent decades, it has also been the scene of a minor diplomatic spat over the sovereignty of Hans Island, a small rocky entity which both countries have tried to claim since official borders were first drawn up in the 1970s. Canada and Denmark have taken actions over the years to enforce their right to the island, including both countries’ military forces making symbolic stops on the island to raise their respective flags (and leave bottles of liquor for their rivals).

Original Photo can be seen here