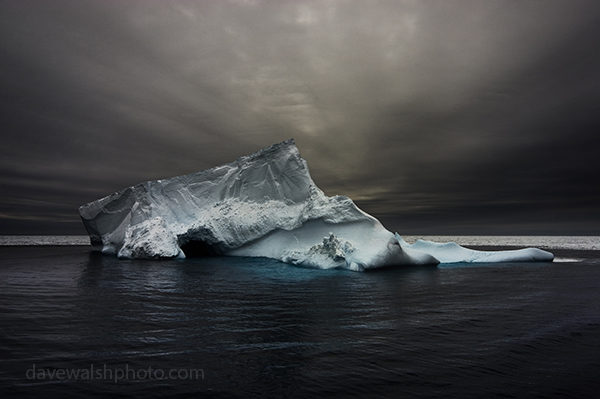 The current proposals, which have already been shrunk to about 2.2 million square kilometers, would ensure the long-term protection of many species, including penguins, killer whales and many others. According to the UN’s Global Biodiversity Outlook 4, published a few weeks ago, the Earth is suffering alarming biodiversity loss, no thanks to governments’ failures to meet targets agreed in 2010 to slow destruction of species’ habitats, curb pollution, and end overfishing.

Right now, something like 1% of the world’s oceans are fully protected; most of those reserves lie within territorial waters, not in international waters, aka the “high seas”. While there modicums of protection in some international waters, there’s frightening potential for a “free for all” situation, which the fishing industry already exploits.

Most CCAMLR members want to create the Antarctic marine protected areas; but everyone is wondering when one northern nation with a rich Antarctic history and culture will join them: Russia. During three previous meetings – two in Hobart, and one in Bremerhaven, Germany in 2013 (which I attended), Russian objections at various points of the marine protection proposals have dragged CCAMLR to a grinding halt.

CCAMLR’s rules dictate that consensus between all members is necessary in order to protect the Ross Sea and East Antarctica. By agreeing to the designation of the Ross Sea and East Antarctica protected areas, Russia would be instrumental in sealing a historical agreement on protections for the high seas and making a huge contribution towards the UN’s Aichi target of safeguarding 10% of the world’s oceans by 2020.

Apart from the obvious geopolitical manoeuvres that President Putin has embarked his country upon, it’s not what Russia wants in regard to the Southern Ocean. Perhaps it’s spending so much of time telling us what it does not want to get round to actually formatting what it does want to achieve. On October 22nd, journalist Alice Lagnado, writing for the Voice of Russia website extracted this quote from a Russian official:

‘The Russian source close to the government said: “Russians want an overall solution to the governance of the Antarctic and the Arctic regions. That’s the problem, not the issue of individual marine sanctuaries. So Russia would prefer to let sleeping dogs lie, and let this simmer quietly for now.” ‘

I guess there’s two ways to interpret ‘simmer’ – there’s simmering when you leaving a pot on the “back burner” of your stove while you attend to other things, and there’s ‘simmering’ as in ‘with resentment’. While Russia attempts to stall the process of protection into infinity it is unlikely to win sympathy, particularly from the countries that are proposing the two marine protected area networks – the US and New Zealand for the Ross Sea, and Australia, France and the EU for East Antarctica.

The Russian delegation claims that it has no opposition marine protected areas, and that it has taken part in the process since CCAMLR started. But just showing up and taking part, while laudable, isn’t enough. Active, positive participation would be a vast improvement. Better again, leadership is what’s needed, but Russia doesn’t seem inclined to flex any real muscle.

President Putin recently visited Latin America, where he remarked that he imagines “good prospects for further collaboration in the Antarctic.” Antarctica has been the source of constructive international relations since the 1950s, with continuous scientific and environmental cooperation between many countries, including Russia. As this CCAMLR drags towards its conclusion, Russia has a few days to put itself at the centre of a new era of international collaboration, rivalled only by the 1959 signing of the Antarctic Treaty and its setting aside the continent as a place of peace and science: The permanent protection of two crucial areas in the Southern Ocean. The Treaty was signed at the height of the cold war; we don’t yet have a catch-all name for the current era of global destabilization, but surely Antarctica would be as good a place as any for Russia to make a grand gesture of friendship.

Pollution and industrial fishing are having a serious impact on the world’s oceans, yet the seas Antarctica are relatively unscathed by human activity – one of the few places we have no sullied. The last thing Southern Ocean wildlife needs is more commercial fishing; populations of Antarctic toothfish, target as a commercial species since 1990, and which is labelled as “Chilean sea bass” in US supermarkets – are already in trouble. The toothfish, a two-meter-long apex predator that reproduces late in its 50-year life, and keeps warm by pumping natural antifreeze blood is under threat. Continued fishing could reduce Ross Sea toothfish populations by 50 percent within 35 years. I’ve had the privilege to both watch Ross Sea orcas and to listen to their conversations (using a hydrophone). Ross Sea orcas prey on toothfish; a drop in toothfish populations would be in turn be detrimental to their numbers.

By eliminating extractive activities from large areas of the ocean, undisturbed so that populations of fish, marine mammals, and birds can find nourishment and shelter to replenish their numbers, and live and reproduce with disturbance . Healthy marine ecosystems are more resilient to climate change impacts too. Creating marine reserves is only one part of dealing with the challenges faced by humanity and our planet, but it’s a significant one.

Russia has been an Antarctic leader since the 1950s; President Putin can, next week, instruct his diplomats to prove that he values international cooperation, scientific collaboration, and the protection the Antarctic marine environment. The coming days will tell us how much he cares about Antarctica.

What can you do? Well, you can join us in making noise, for a start. Visit the Antarctic Ocean Alliance website, and add your name!