We can’t let 30 people be our conscience 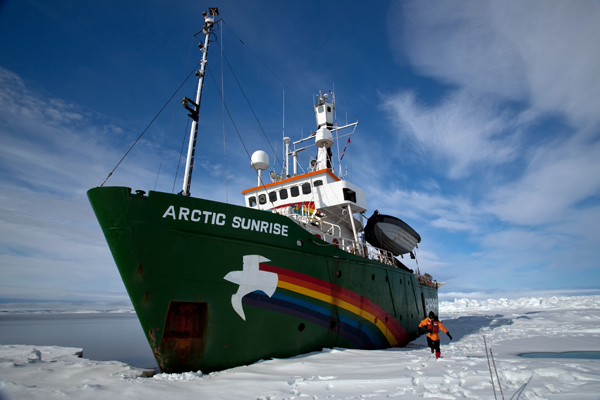 I’ve just posted a blog about the Greenpeace Arctic 30 over on my new Cold Reality website: We Can’t Let 30 people Be Our conscience

Three weeks ago, I gave a speech to a room in Brussels. It was, I hoped, was a rallying cry; it was at least a rant in support of 30 Greenpeace activists from the Arctic Sunrise, locked up in prisons in or around Murmansk by the Russian authorities.

Twenty days later, I did not expect to be still worrying about the Arctic 30, many of whom are friends of mine. I thought they would be free by now, and we would be celebrating. Instead, I today watched Greenpeace counsel Daniel Simons give evidence at the International Tribunal on the Law of the Sea, during a case the Netherlands is taking against Russia for its unlawful seizing of the ship and crew. Russia didn’t even show up.

Continue reading: We Can’t Let 30 people Be Our conscience