The Cold Edge in Inquire Magazine 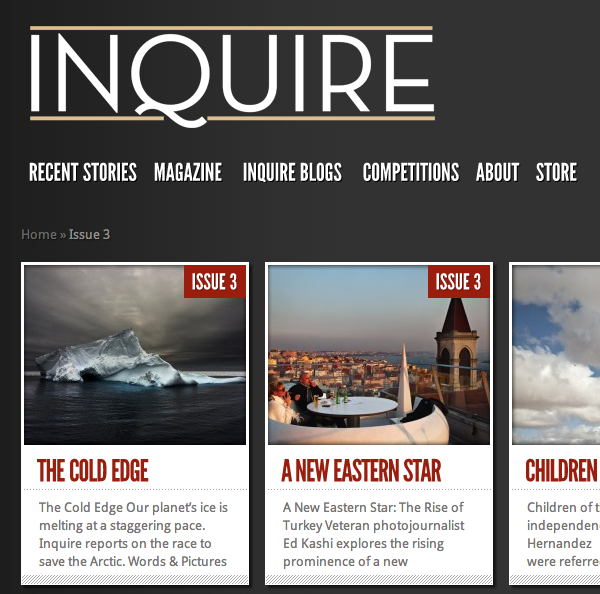 Congratulations to Jack Laurenson and the team at Inquire Magazine, which yesterday scooped Best News and Business Magazine and Best Launch (new magazine) – at the Digital Magazine Awards.

I’m proud to say that my Cold Edge work appeared in Issue 3 of Inquire, along with my writing:

“..for most of us, caught up in the headaches, stresses, and diversions of daily life, what happens in the Arctic can stay in the Arctic and the loss of sea ice has little to do with us. The global media are beginning to wake up but often the reporting of changes in the Arctic are confusing, hysterical or incorrect. In July for instance, it was widely reported that Greenland’s ice sheets were melting but the coverage was confusing and inconsistent. In reality however, 97% of Greenland’s gigantic freshwater ice sheet is experiencing melting; more than ever before recorded. If the ice sheet were to suddenly melt, the world’s oceans would rise by a catastrophic seven meters. That might grab our attention. In reality the melting process is slower but even at current rates it is becoming a major contributor to global sea level rises.”