The Cold Edge on Discovery News 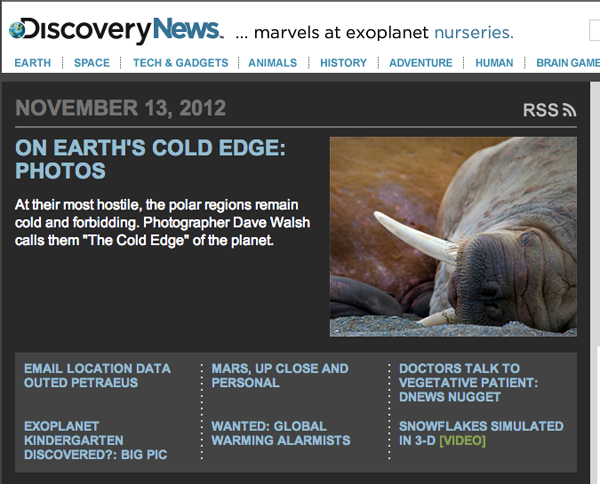 Great news: A selection of images from The Cold Edge series has been featured by the Discovery News homepage!

The Arctic is changing. Summer sea ice extent this year was at its lowest in the satellite record as global warming tightens its grip. But change is relative. At their most hostile, the polar regions remain cold and forbidding: as photographer Dave Walsh calls them in his new book, “The Cold Edge” of the planet.

Walsh, who has traveled to Arctic and Antarctic multiple times over the last several years, launched his book with an exhibit at the Copper House Gallery in his native Ireland. “I wanted my photographs” – such as this iceberg, a bright blue as a result of ice being compressed for thousands of years – “to inspire people to not only fall in love with their home planet, but to start giving a damn and take action to protect it.” says Walsh.

View the story on Discovery News.

More about The Cold Edge, and the recent exhibition in Dublin

Thanks to Kieran at Discovery for making this happen! 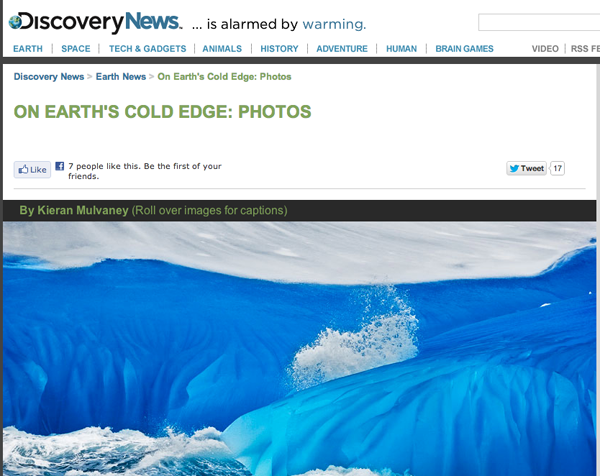