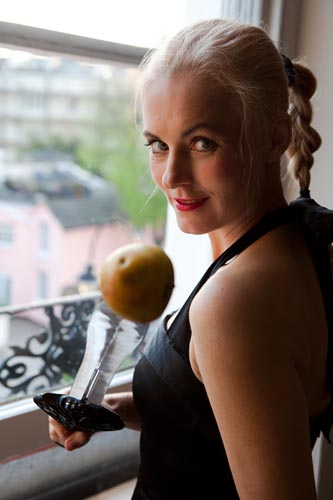 For a couple of years now, actress and filmmaker Martha Van Der Bly and myself have been threatening to team up and work on a photographic project together. Great idea, but hindered by our never being in the same location for more than five minutes. Back in April, we spent two Sunday afternoons developing some ideas…

Here’s what we created:

From Martha’s website: “Martha has teamed up with Irish photographer Dave Walsh for an imaginative new photo shoot, inspired by Roman Polanksi’s film ‘Repulsion’. In the photo series “Rue de Paradis, Paris”, Martha takes on the role of Anezka, a Czech fashion designer, who lives with her sister in Paris. When her sister leaves for a holiday with her married boyfriend Jean-Paul, Anezka is left behind. On her own… in Rue de Paradis, Paris”