The Things I Found On Bull Island 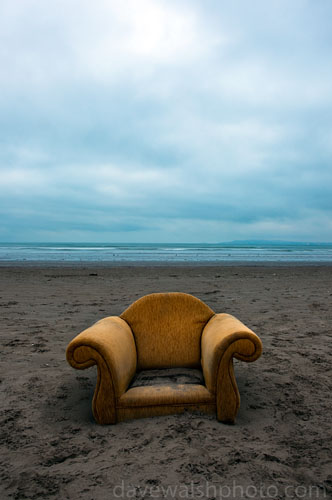 Bull Island is a new world, less than 200 years old. Grown from a mere sandback after Captain William Bligh (of the Bounty) made his 1801 proposal to stop the silting of the Liffey by constructing of the Bull Wall, the island is today a UNESCO biosphere reserve – a protected area that by definition is supposed to demonstrate a balanced relationship between man and nature.

I’ve been developing an ambitious project that questions the precarious balance between use and misuse of Bull Island.

Brent geese migrate there from the Arctic; golfers, walkers, kitesurfers and boyracers arrive from the surrounding city. However, the very currents that bring the sand also washes ashore human detritus; and humans appear to transport other unwanted items to bull island in the backs of cars or vans.

On my visits to Bull Island, I began finding juxtapositions of discarded household items, seemingly placed in the landscape by an elusive surrealist flytipper. I began to question our relationship with Bull Island, a microcosm of how we regard our world at large.

While the long-term plan for my work will cover more than found objects, the included images are mostly from one segment, titled The Things I Found on Bull Island. While this segment will undoubtedly continue to develop (it may take years as I am not in Ireland much these days!), I also would like to make a series of early morning visits to Bull Island to track down both the human and other wildlife that prowl its shores at dawn. I’m going to interview and photograph key people who live or work on the island, and document our diverse and complicated relationship with the island, as a place loved and unloved.