To Hell or Howth: The Hostel of the Red God 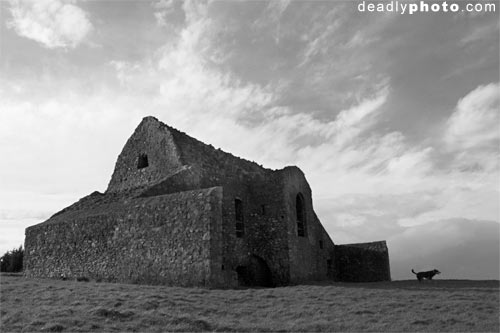 This is an expanded version of an article I had published in 2006, as part of the programme for Conor McPherson’s play The Seafarer, currently being staged at the National Theatre in London. I was asked to write a piece dealing with the mythology of Howth and places in the Dublin landscape. I soon discovered a sinister relationship between some of these places…

It’s a dark winter’s night in the Dublin Mountains. The wind and rain howl around a skull-faced building overlooking the city. In the womb-like warmth inside, members of the Hellfire Club play cards, betting recklessly money, horses, land, and women. They are all prominent members of the ruling class – MPs, Lords and even the City Sheriff.

A knock comes on the door – a well dressed, but saturated traveller is ushered in, bade to warm himself by the turf fire. He joins the card game, quickly showing a quiet, confident talent. The luckless players fall away, stumbling to bed in beatific stupors. The stranger is on a winning streak, no sign of wavering. His opponent fumbles, drops a card beneath the table. Bending to retrieve it in the flickering light, he sees the cloven hooves of the cardsharp stranger.

As he recoils in horror, the devil, or púca, vanishes through the ceiling in a ball of flame, “in a thunder-clap leaving a brimstone smell behind him”. 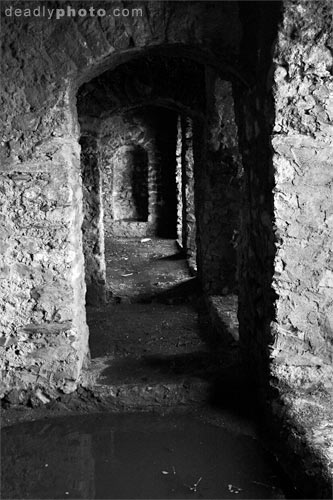 That’s the way the story goes. Over the years, I’ve written quite a lot on blather.net about that 18th century hunting lodge, still casting a baleful eye upon modern Dublin from the hills above Rathfarnham. These mountains seem to me a kind of middle ground – a liminal, or threshold zone that’s not really city, not quite countryside either.

Recently, I had to some research for something I was writing. It was for the programme for Conor McPherson’s play The Seafarer, currently being staged at the National Theatre, in London. In researching the essay, I stumbled across some interesting material concerning a connection between the Hellfire Club neighbourhood and Howth Head – the peninsula that can be seen from the Dublin Mountains, jutting out into the Irish Sea.

During my research, I discovered that a much earlier echo of the Hellfire Club myth lives a stone’s throw from the Hellfire Club. In nearby Bohernabreena (Bothar na Bruidne – the Road of the Hostel), the river Dodder ambles its way down into the city. It was once straddled by the Bruiden Da Derga, a magical hostel presided over by the rather sinister Da Derga, or ‘Red God’, – the god of the dead. Only those destined to die – or already dead – could enter the hostel.

Looking northeast from Bohernabreena, the Beltaine (May Day) sunrise appears over the rocky promontory of Howth – looking back, the Samhain (Halloween) sunset vanishes behind Bohernabreena, with the Hellfire Club standing proud on the skyline. It was from Howth – in Irish Ben Étair, on Samhain night that the armies of chaos would scout forward from the sea, to attack the Bruiden Da Derga, which would be crowded with partying deities and warriors, a swine’s head screaming upon the fire. An ancient book, The Destruction Of Da Derga’s Hostel goes into powerful detail about how the gatecrashing of Da Derga‘s party. Perhaps the devil of the Hellfire Club was the Red God coming back. Perhaps he wanted to wreak revenge upon the invaders.

Like the liminal zones of the mountains, the isthmus that joins Howth to the mainland is not quite land, not quite The Alexandrian geographer Ptolemy mentions a small island here, called Edri Deserta or Edrou Heremonos – the desert or Étair, which means ‘great’, which refers to the supernatural hero who, as represented by Howth, or Benn Étair, protects Ireland from attack. His barren cliffs face the sea, gazing abroad, and perhaps his winking eye is the Bailey Lighthouse, built inside ancient ringfort. Étair he married Áine, daughter of the sea god Mannanán, herself representative love, prosperity, and the sun. As a wedding gift, she ringed his shores with a golden chain, to protect him. Other stories say Áine didn’t return his love – he died a broken god, buried in a cromlech on Howth head. The name ‘Howth’ – from Hoved, Danish for head, was given to Benn Étair the Norse freebooters who settled in Dublin in the 9th century. 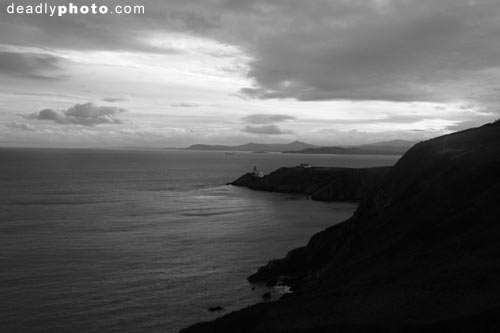 It’s possible that Howth was an island 1,800 years ago – the slender isthmus could have been a causeway or ‘littoral zone’ – the magical grey area that is land at low tide, but becomes sea when the water races in. The isthmus reaches Howth at Sutton Cross, where pathways intersect – both physical and supernatural. This ancient gateway to Dublin represents Étair’s neck, with its protective chain.

Howth and its neighbouring areas have been host of crucial battles throughout history. The Ulster warrior poet Athirne the Importunate, having finished his debauched tour of Ireland, got trapped there with his men, besieged by belligerent Leinstermen, intent on taking away his booty.

In 1014, the Vikings were defeated by the Irish king Brian Boru in the Battle of Clontarf, at the Dublin side of the isthmus – though Brian himself got knocked off by an axeman named Brodur of Man. After the subsequent century and a half of chaos, Norman invaders Amoricus Tristram and Sir John de Courcy fought a fierce battle at the Bloody Stream, defeating the local Danish pirates. Howth Castle was later built by descendents of the victors. As late as 1914, thousands of rifles were landed at Howth by Erskine Childers (author of The Riddle of the Sands) for use in the Easter Rising and the subsequent Anglo-Irish War.

In modern times, the weird stories continue. UFO sightings have been reported – though with the airport nearby, this is hardly surprising. In November 2003, a “crop circle” was found in the grass near the Bailey Lighthouse. More sinisterly, a donkey called Sophie was found hacked to death on Howth Head in August 1992, just after Lughnasa, the ancient holiday marking the midpoint between the Summer Solstice and Vernal Equinox. According to the media of the time, the donkey had been “elaborately mutilated”, with “satanic symbols carved on its head”, a rib torn out, and the liver removed.

Perhaps this was some kind of desperate call to the Dublin Mountains, waking the red death god, Da Derga from his slumber. With the rough beast dead, the Red God may be slouching his way towards Howth. The Second Coming is imminent. You’ve been warned.

But we shouldn’t worry, really. Only the dead, or those destined to die, can enter Da Derga’s house.

Also – The Irish Hellfire Club: No Smoke Without Fire

The ‘rough beast’ reference comes from The Second Coming by WB Yeats. 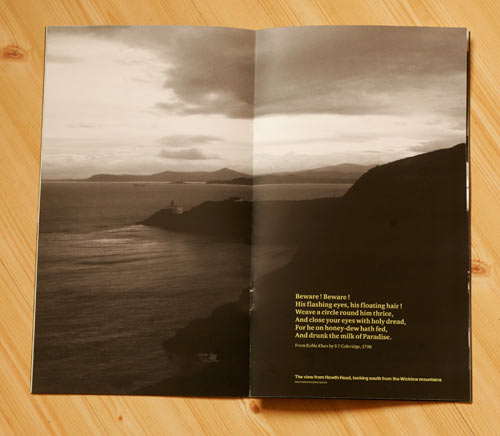 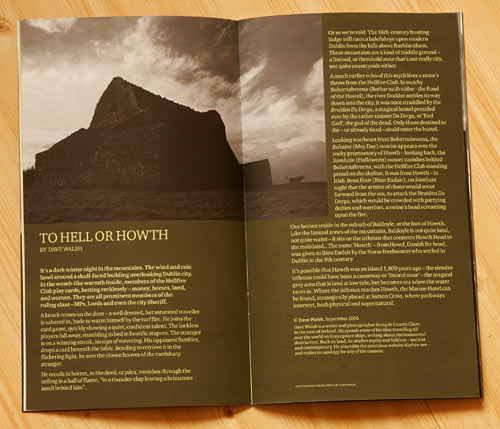 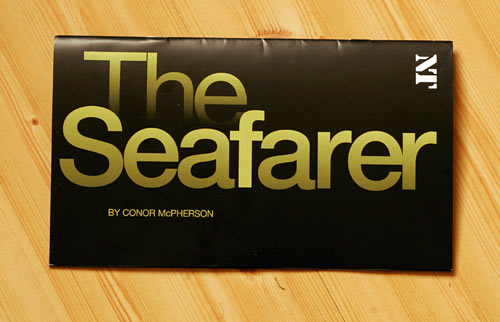